Jones: Slicing away my pastrophobia 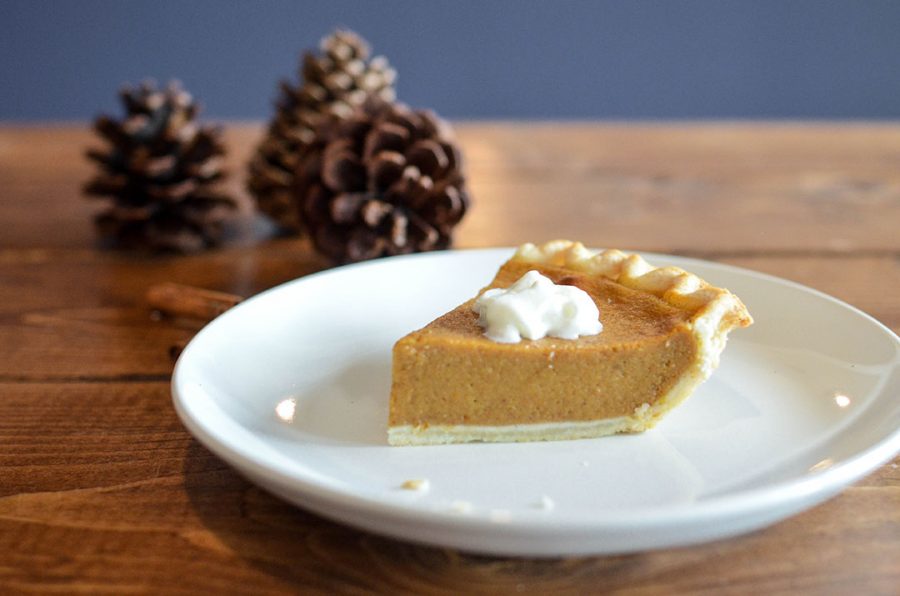 I don’t like pie. Usually. There have been exceptions, moments when I could stomach the stuff, but I generally find it nauseating.

It bothers me when people get upset that I don’t like certain foods like pan dulce or spaghetti because it’s the same basic principle as disliking someone due to their skin color. I don’t consciously control what foods I like and don’t like, contrary to popular belief. If I eat a type of food that I don’t like, my brain responds, “That’s nasty, get it away from your taste buds right now.” That reaction is out of my control.

But, back to pie. I have a legitimate reaction to pie. It’s not the same as eating something that doesn’t taste good. Pie tastes delicious, but the texture is where I start to have an issue. Even thinking about having pie in my mouth makes me gag.

Fruit pies bother me more than any other kind. I can’t think about having slimy cherries, apples,  blueberries or whatever else in my mouth, regardless of taste. I haven’t had fruit pie in years, as I’m legitimately scared out of my mind to try it because I know it’ll make me gag and probably throw up too.

Citrus pies, though are arguably also fruit pies, are different. I have had key lime pie and found it is tolerable to a certain degree, but I couldn’t eat more than a few slices before I would have to stop and drink some soda. I haven’t tasted lemon meringue pie but would imagine that it tastes as good as it looks and I can’t imagine that texture bothering me to the point of not being able to consume it.

There are three kinds of dessert pie, I am not including meat pie, that I haven’t yet mentioned as each falls into its own category.

The first of these three is pecan pie. I have never tried pecan pie, and I never will. Why? I don’t like pecans, so why would I try pecan pie?

Chocolate pie is the second of these. I used to like chocolate pie, and will still eat it if there is ample whipped cream and chocolate shavings or sprinkles on top. However, I have decided that chocolate pie is really just pudding in a crust, and I much prefer the pudding on its own. I choose not to pass judgment on chocolate pie.

Finally, let’s talk about what seems to be everyone’s favorite pie, and a Thanksgiving classic: pumpkin pie. Pumpkin is a vegetable, which is why it doesn’t fall into any other category. I have had two entire slices of pumpkin pie in my whole life (partial pieces don’t count). Three years ago, when I was in eighth grade, we had a little Thanksgiving celebration with the kindergarteners. I was offered a piece of pumpkin pie, which I accepted because I was feeling adventurous. (I was also subjugated in that class for my many perceived faults, and I didn’t want to open another doorway to more bullying). It was a pie from Vons, which is actually better in this case because the texture wasn’t as barfy as the homemade pie I struggled through two days later.

Going forward, I will continue with my initial assessment that I do not like pie, despite the fact that I can handle key lime and certain varieties of pumpkin. I don’t dislike pie, it’s just a simpler way of expressing my true feelings for the all-American dessert: I fear it.