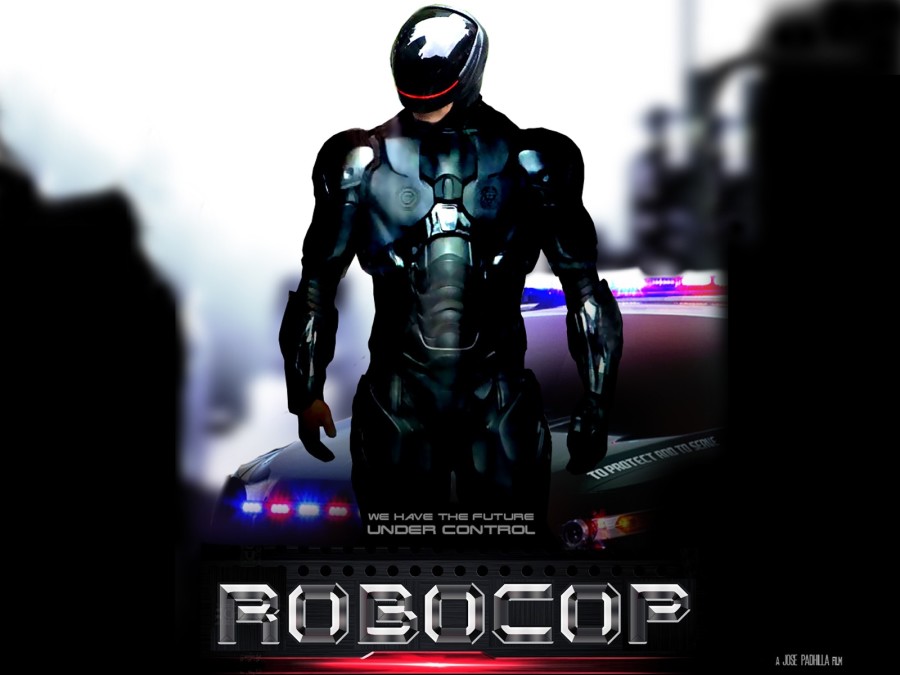 Going into remakes one does not expect to be blown away. While director Jose Padilha’s Robocop did not blow me away, it did not leave me bored out of my mind. It was a movie filled with tons of action, adequate acting and outstanding visual effects.

The Robocop remake stars Joel Kinnaman who plays the main character, Alex Murphy, a loving husband and father who was involved in a murder attempt which leaves him fighting for his life. After making a deal with OmniCorp, a multinational conglomerate, Alex becomes RoboCop, a mechanical robot body with a man’s brain and the self-conscious that comes along with it.

The movie takes place in 2028 and OmniCorp is in control of the robot technology that has taken over the world. Drones are used for military purposes and OmniCorp’s CEO, Raymond Sellar (Michael Keaton), wants bring their new idea of a part-man, part-robot police officer to the public. OmniCorp’s goal is to have a RoboCop in every city and to gain over a billion dollars because of the project.

The perfect opportunity comes for OmniCorp to move forward with the Robocop project when Alex is critically injured in the line of duty. OmniCorp quickly picks Murphy for a trial run for their new product, RoboCop. As the story progresses, Murphy becomes less and less in control of his body. Due to his lack of emotions and ability to think for himself, Murphy loses himself to the robot and lets it control him. In the end, Murphy is able to overcome his robotistic way and prove that nature will always overcome technology.

Kinnaman portrayed rage at his dehumanization while Abbie Cornish, starring opposite of Kinnaman, offers warmth and moments of compassion throughout the movie. Keaton does a phenomenal job at being the cynical creator of RoboCop who the audience grows to dislike. Baruchel adds moments of comic relief and Jackson plays the role of Patrick “Pat” Novak  who is a opinionated news broadcaster.

The movie budget is estimated to about $100 million. This was shown through the special effect that did not look fake but the opposite, realistic. Padilha and his team did a fantastic job at making sure this futuristic movie looked, realistically futuristic.

RoboCop was a movie filled with politics. From the corrupt CEO of OmniCorp to the grieving wife who was left heartbroken from the product of what had become her husband, it was hard to choose sides. This movie did exceptionally well at proving one point, nature will always overcome technology in any situation.