Acevedo looks back at his Amat basketball career 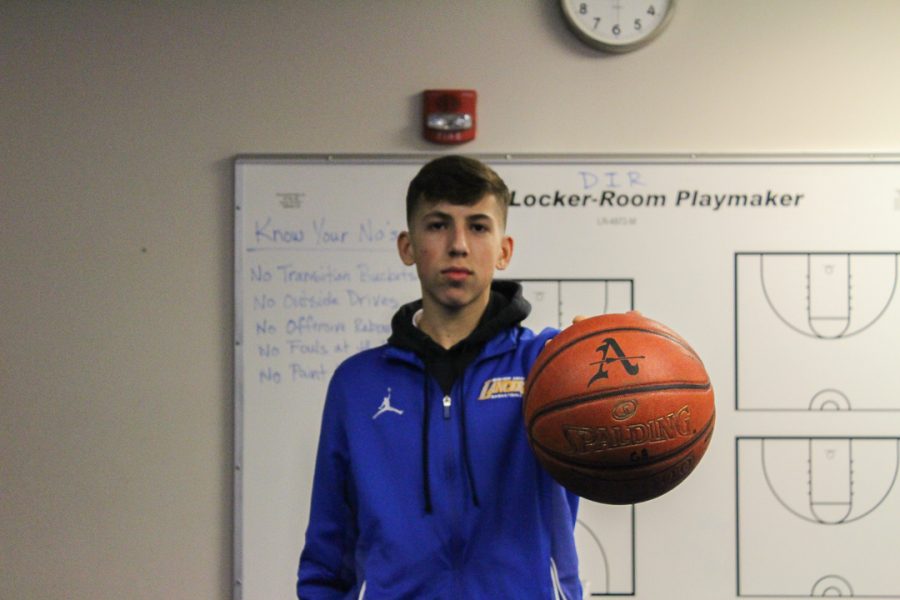 Newton Acevedo went from Junior Varsity as a Junior to an impact player on Varsity.

The Carroll Center is louder than ever as senior point guard Newton Acevedo brings the ball up past half court. The opposing guard steps up for the challenge and the student section is erupting. Acevedo calls for a one-on-one and with some quick handles sees himself past the defender and through for an easy bucket.

In his last year at Bishop Amat and his first season on varsity, Newton Acevedo has seen himself become a crucial part of the Lancers attempt for another CIF run.

“I’ve gotten stronger and faster, my decision making is better,” said Acevedo when asked about his improvement over the years. “I’ve just trusted what the coaches said.”

Acevedo’s effort and work ethic has not gone unnoticed as his coaches recognize all he does for his team and how he never gives up.

“Newton has really worked hard to improve his game, he’s a great example of someone who took on the challenge of being on JV last year as a junior,” Coach Jeff Tintle said.

Appreciation for Acevedo comes from all over as his teammates also know  and understand what he brings.

“He expects the best out of you, and if you don’t give it out he’ll make you give 100 percent,” junior center Ben Rodriguez said. “He’s a good teammate, hard worker, great competitor, and he pushes you to do your best.”

As it is his final season, Acevedo prepares himself for his next journey.