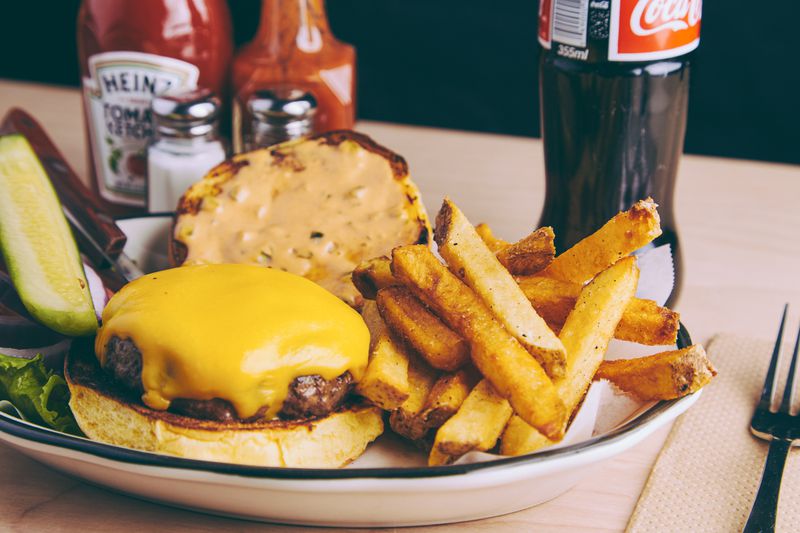 The new restaurant Black Tap Craft Burgers & Shakes has recently taken the place of Build-a-Bear Workshop and has been a hit for its unique menu items since it has opened. This explains the long line that usually hooks around the corner of the building, which drew my attention when I last visited Downtown Disney.

When I arrived at Downtown Disney with my boyfriend Dyson, we saw the line and decided it would be a good idea to wait since it was shorter than usual. The wait was around 35-40 minutes which is fairly reasonable at Disney if you are not that hungry like we were.

While waiting in line we decided to grab a menu to kill some time and decide on what to eat. The menu is mostly composed of burgers (of course) and most were reasonably priced.

If you are a picky eater or prefer a less adventurous meal, this may not be the place for you. Unfortunately, my boyfriend and I are picky eaters and were not very intrigued by the crazy burgers they had to offer, which basically composed the whole menu. They had burgers filled with jalapenos, cucumbers, bacon, blue cheese and more.

As for the shakes, they do look delicious and are very unique, however, the prices were extremely overpriced and I would be better off buying a $2 shake from In-N-Out. My boyfriend and I did not feel like spending $16 on a shake we would not finish.

We decided we would buy one after we ate and got it from the “to go” part of the building. Yes, there is a part of the restaurant that allows you to buy shakes separately, however, some are excluded from this part and can only be bought inside the restaurant.

We finally were seated at the bar area after a long 45-minute wait then went in another line to order and got our food really fast.

My boyfriend and I bought the plainest burger on the menu with just the patty, cheese, pickles, and lettuce/tomato. It was a good burger, but I do not think it was worth waiting for as long as we did. However, keep in mind I did order a plain one.

After we were done eating, the waiters were very kind and gave us our check. We were on our way out and decided to buy a shake from the area that I talked about earlier in this review.

The shake was delicious, we got a vanilla cookie shake without all the crazy toppings, and it tasted great. I do recommend trying the shakes when you get the chance, but I would not get it every time I go because they are really overpriced.

In conclusion, the new Black Tap Craft Burgers & Shakes restaurant is a good place to eat, but not worth waiting in that long line for. I would say if you are wanting to grab a bite during the evening and go back into the park, do not waste time waiting in line for an average meal that is overpriced.